Let’s just start off with: politicians lie to you all the time.

During the mass gathering in Canberra of constituents voicing their concerns on the second weekend of February, the CEO of Australia affectionately known as #ScottyFromMarketing, uttered the following lie:

“Australia was “a free country” and protesters had a right to voice their opinion..”

Now there is a huge problem with that statement.

Paying attention to the word “was”, which implies that it’s a thing of the past, with reference to the sentence that being that Australia is no longer a “free country”.

Now, Australia is not a “country” but rather a colony, albeit a self governing one, where this is stated in it’s constitution. 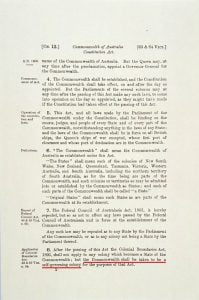 So, is there a lawful amendment to the Constitution stating Australia as being a ‘country’ independent of the imperial government?

If so which on which date did our independence occur and why isn’t this big deal reflected in our celebrations, like it is in the United States.

The Australian Government even lies to you about the the monarch’s or rather ‘Queen’s’ birthday where in 2022, it falls on 3 different dates, that being 13th of Jun, 26th of September and 3rd of October, where of course all the dates are justified by those in government.

What a farce Australia is!

What a legal ‘basket case’ it is!

On a side note an ex-AFP (Australian Federal Police) officer stated “We lie to the members of the community on a daily basis”.

As one should be aware that in a court of law, if you are proven to lie, the you are what is called an “unreliable witness”, where your material can be discarded.