As a general statement, there are many corrupt persons in government departments.

What is also more sinister is that even when caught out, the ‘CEOs’ try to cover up their (alleged) crimes, as ultimately they’re responsible, e.g. Robodebt.

Victoria’s ‘department of housing’ which is managed by the Victorian Department of Health and Human Services, was issued a notice that one of it’s Melbourne sites was unfit for habitation approximately 20 years ago.

But that didn’t stop the department defrauding Victorian tax payers of their hard earned cash in keeping the site from being operational in taking new ‘customers’.

Over the past few years the site has been a hive of criminal activities, where the police department has numerous visits weekly, which is realistically an unnecessary drain on resources and most importantly tax payer funding.

Fires have broken out on more than one occasion, with not action from the housing department or attention from the mainstream media.

Last week, an inferno engulfed the building, where a large fire was seen fiercely escaping through the window of a residence. 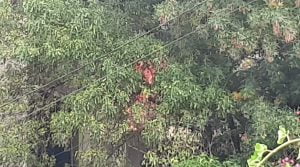 As a result there was a large presence of fire and police department personnel on the scene, where also a (media?) helicopter was spotted in the air.

Now, if a private domestic residence suffered this type of catastrophe it would have been reported by the news organisations, but nothing has been reported on this event.

The fires on more than one occasion ripped through people’s residences, effected many lives and not a peep from the mainstream media.

A ‘conspiracy theory’ would be that the Victoria Police media liaison officer was told not to draw the attention to the incident.

If attention is drawn to this matter, then eventually the truth will come out that the condemned building should have been shut down and leveled 20 years ago.

Squatters, drug dealers, criminals terrorsing the community, with zero action from the authorities.

Realistically, the department of public housing and the Department of Health and Human Services and the police are putting the community at risk as a result of nonfeasance and covering up the matter.

The fact that no one was killed in this last incident was a miracle.

Another (‘alleged’) criminal action covered up by those in government.

The above information was acquired from a few sources that wish to remain anonymous.