One of the jobs of those in government is to keep the economy going, ‘their’ economy.

You (the serf), MUST keep spending cash, holding onto it, saving it is of not good to them.

The new going ‘green’ agenda is not about saving the planet, but about creating new industries, where new taxes are born.

‘Robodebt’ was a fraud committed by the federal government against the good people of Australia, where the burden of proof fell unlawfully on the accused.

Now the Government of Victoria will be defrauding electric vehicle users, as shown in this case:

WORD ON THE STREET

he driver of an electric vehicle has been stung with a bill of over $20,000 and had his registration suspended for refusing to pay it.

Paul called into Heidi Murphy detailing how he received a letter from VicRoads which alleged he drove 850,550 kilometres in eight months.

They are charged 2.5 cents per kilometre in lieu of paying fuel tax. 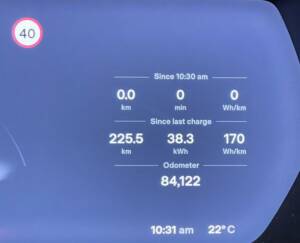 “I just want to tell yourself, and the listeners, that equates to my car 166 kilometres an hour, 24 hours a day for eight months,” he said on 3AW Drive,

“It is beyond belief.”

Paul said he had tried numerous times to get in contact with VicRoads, but instead got a letter on Wednesday saying his registration had been suspended.

“I have just been sent a notice saying that your registration has been suspended today because the $21,263.75 hasn’t been paid,” he said.

Press PLAY to hear more below